Priya Kurian is an established children artist, who is trained as an animation film maker at the National Institute of Design, Ahmedabad. Later, Priya worked as an animator in a production house in Mumbai and then Seasame Street in Delhi. 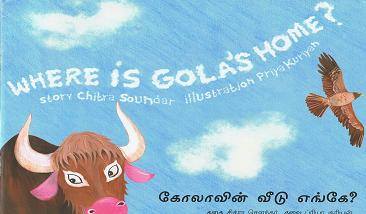 Very early on in her career, Priya worked on Where is Gola’s Home? which was also my first picture book.

You can view Priya’s blog here and read an interview with her on another blog here.